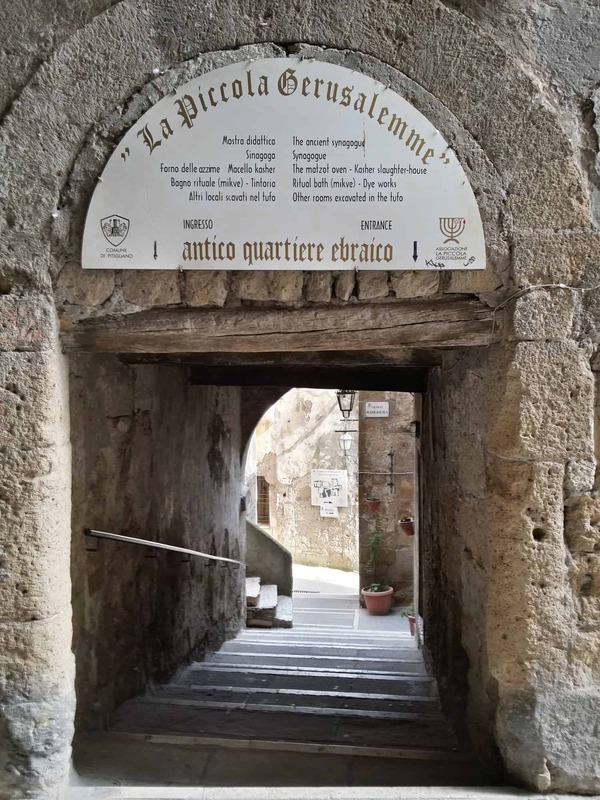 Entrance to the Ghetto, Pitigliano 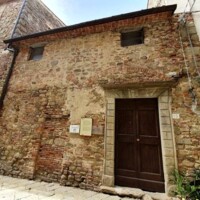 The outside of the remains of the Monte San Savino synagogue 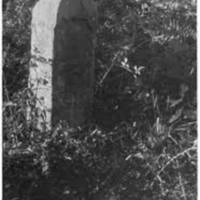 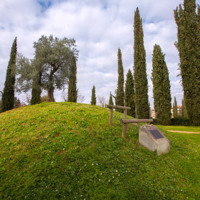 A contemporary monument in memory of the Jewish cemetery of Arezzo 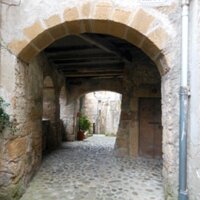 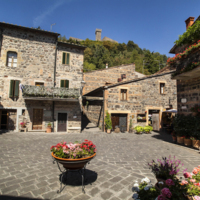 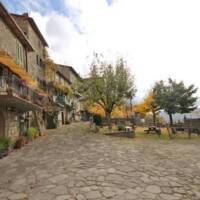 Historical sources offer testimony to Jewish presence in Tuscany since medieval times. As is the case in many other regions of central and northern Italy, early settlements appear to be small and diffuse: some sort of vestige of past Jewish life is still present in small centers such as Santa Fiora, Sorano, Scarlino, Lippiano, Radicofani and many others, as well as the more well known and once important communities of Pitigliano and Monte San Savino. Today communities are still active in Firenze, Livorno, Pisa and Siena.

Jewish life through the centuries was subject to the different attitudes, also varying with time, of the various rulers. The Medici family was responsible on the one hand for allowing Jews some degree of liberty in Florence since the first half of the XV century, then on the other for concentrating the residence of Jews in ghettoes first in Florence then in Siena since the middle of the XVI century; then again, for the rather liberal legislation in Livorno. Other ruling families such as the Orsini and Sforza offered, in different and often brief moments, refuge and the chance to prosper to Jewish enclaves in areas not under Medici rule.

The "Tuscany" section and the present exhibit were funded by: