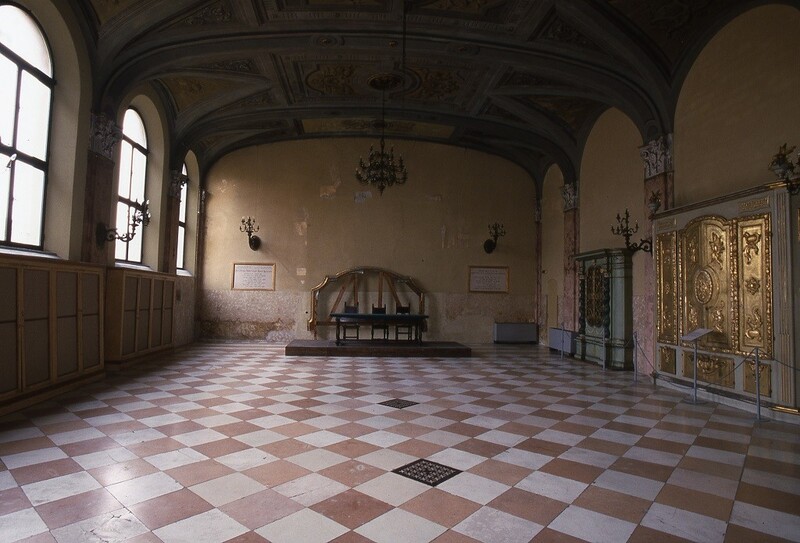 "Scuola Italiana" occupies the uppermost floor in the ancient synagogue building in via Mazzini in Ferrara.

From the Ghetto period until 1915, the three rituals were regularly officiated in their respective scuole in Ferrara: rito Italiano, rito Tedesco, rito Spagnolo. In the period between the two world wars, as the numbers of congegrants had diminished, mainly because of spontaneous movement of Jewish families to larger cities, only one minyan was regularly held in Ferrara, moving cyclically through the three synagogues for Shabbatot and festivals (and in a fourth, small one, formerly private or for congregational use, the "scuola Fanese", for weekday minyanim); the ritual would follow, in those years, the minhag of the synagogue it was currently held in. After the Shoah (during which Scuola Italiana was used also as detention space for Jews in wait of being transferred to concentration camps) rito Spagnolo and rito Tedesco were formally abandoned and only rito Italiano was used, first in Scuola Italiana, then later on as the mnumbers continued to diminish, in Scuola Tedesca for major festivals and in scuola Fanese for normal Shabbatot.

see an unsorted list of all the material below the map, or use the search page to look for specific material.